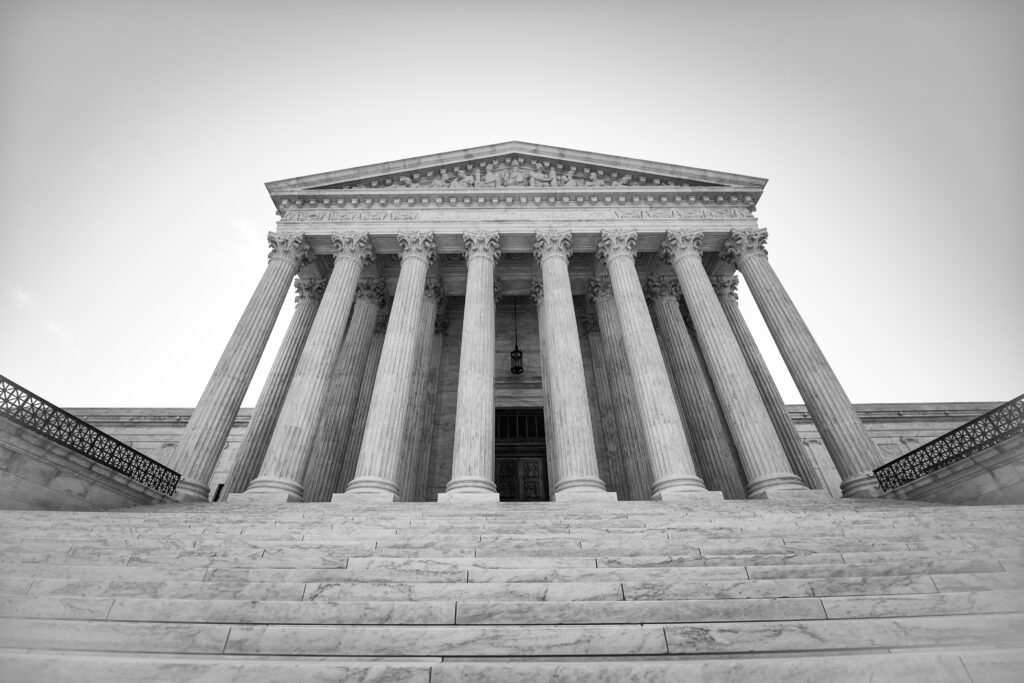 The Supreme Court of the United States is the highest judicial body in the country and leads the judicial branch of the federal government. As most people know, it is often referred to by the acronym SCOTUS.

Katania Brown Jackson was confirmed as the newest Justice to the Court, by the Senate on April 7, 2022 and is already asking questions to those appellants and appellees that are appearing before the Court. Obviously, this year cases are being closely watched, as the Court has a super majority of conservative Justices, who exhibited their power on the Court with the overturning of Rove v Wade in the infamous Dobbs case, last term.

Even as the controversy continues to swirl around the June, 2022 abortion ruling, the Supreme Court has kicked off a new term in which its conservative majority will consider issues of federal elections, race and LGBTQ rights.

The court has agreed to hear 36 arguments to date, although it is expected the Court will hear up to 70 cases before the current term ends in June 2023. A case involving Harvard College’s admission policies will be very closely watched cases at the Supreme Court this term. The University of North Carolina’s admission policies will also be argued separately before the Court, although initially brought together. Judge Brown Jackson will recuse herself from the Harvard matter because of her association with its board of overseers. Those schools consider race as one of many factors in deciding whether to accept prospective students, a policy that is consistent with current Supreme Court precedent. Groups who are against affirmative action have argued the policies discriminate against Asian American and white candidates in violation of federal law and the Constitution.

The Supreme Court will also hear two major cases concerning how federal elections are conducted. This case will have powerful implications on elections moving forward. After the 2020 census, North Carolina approved a congressional map that would have benefited Republican candidates. The North Carolina League of Conservation Voters and a group of voters sued in state court, alleging that the map was a partisan gerrymander in violation of the state constitution. The state courts agreed and ordered a new set of maps.  The court will decide what the meaning of language in the Constitution means which gave State Legislatures the power to conduct federal elections. The state lawmakers say a plain reading of that clause makes it clear that state legislatures have the power to set election rules without interference from state courts. Others say the clause has long been interpreted to be more encompassing and that state courts have always been able to act as a check on state legislative power.

There is a legitimate concern that the court will give state legislatures sole authority to change election rules that will clearly benefit one political party. There is another argument that strongly feels some state courts have usurped the legislative power of elected lawmakers.

Another election case involves the Voting Rights Act of 1965. The Alabama legislature created seven congressional districts and only one has a majority of African-Americans, despite the State having a population that is at least 25% African-American. The plaintiffs say the new map violates the Voting Rights Act by diluting the power of Black voters. The State argues that the Voting Rights Act prohibits states from approving discriminatory maps but that it does not act as a command compelling states to draw an additional minority-majority district at the expense of all other factors, such as keeping counties and other political subdivisions together.

The argument was just heard on October 4, 2022. There appeared to be a majority for supporting Alabama but perhaps on narrower grounds than the state is seeking. Associate Justice Samuel Alito was the most vocal of the conservative justices and he acknowledged that some of the state’s arguments were “quite far-reaching.”  The 3 liberal justices of the court, a black female, an Hispanic female and white female, all clearly opposes the Alabama State position. Associate Justices Kagan and Brown Jackson, the newest justice, strongly called into question the State of Alabama’s  with questions about its commitment to the Voting Rights Act, as well as other concerns about the State’s arguments.

Seven years after the Supreme Court the seminal civil rights decision legalizing same sex marriages, religious business owners and LGBTQ individuals continue to fight over whether businesses that sell goods and services to the public may refuse to service LBGQ couples as customers. The high court, in this term, will issue a decision as to whether a graphic designer may decline to make websites for same-sex marriages. The designer argues Colorado’s anti-discrimination law mandates that she create the websites that condone same sex marriages, despite her firm opposition, violating her First Amendment right that prohibits compelled speech. The state argues it is regulating commerce, not speech. Thus, the designer can do what she wants on her websites, but she can’t refuse servicing  to same-sex couples.

These are the most significant and controversial Supreme Court cases in the upcoming term. Yet, the are other important cases that will be before the Court.

In a riveting case, the Biden Administration wants to prioritize for deportation immigrants it believes pose a threat to national security or public safety. Other immigrants would be less of a priority. This has been the policy adopted by prior administrations. Both Texas and Louisiana sued, arguing that federal immigration law requires the administration to detain and deport specific categories of immigrants and that the Biden Administration is abusing their authority. A lower federal court blocked implementation of the Biden policy. The administration asked the Supreme Court to temporarily halt the lower court’s ruling but a 5-4 majority of the justices in July backed the states. The Supreme Court agreed to hear the case on the merits and decide the broader legal questions it raises. There is no date for argument yet.

In another very interesting case, Congress passed a law in 1978 to stop the forced removal of Native American children from their tribes – a practice that began in the 19th century that led to a remarkable number of children being taken from their tribes. Some estimate over a million children were taken from their families. One of the law’s many provisions at issue in the pending case is a mandate that authorities give preference to Native American families when a Native American child is placed for adoption. Several states and non-Native families seeking to adopt sued, arguing  that the Native American children’s preference violates the equal protection clause. In defending the law, President Joe Biden’s administration says the preference is not racial but rather honors the legal framework that treats tribes as sovereign entities separate from the United States.  Arguments are set for November 9, 2022.

Lastly, since 1996, internet companies have been protected from liability for the user-generated content on their platforms. The companies argue it is critical since they might otherwise be forced to review every post on their sites. At issue in the case is whether companies may be held liable not for the content itself but rather the targeted recommendations of that content to specific users, a process that is often handled by an algorithm. The suit was filed by the family of a 23-year-old U.S. citizen who was killed in an Islamic State group attack in Paris in 2015. The family alleged the company was partly responsible because it promoted videos and other content that propagated the terrorist group’s message.

There are many more cases that will be decided by the United States Supreme Court. Stay in tune with MGSN to follow the direction the Court takes this session.

A Somali film which took 10 years to make

Lane Johnson fights through torn adductor for chance at another title: ‘My sense of urgency is high’