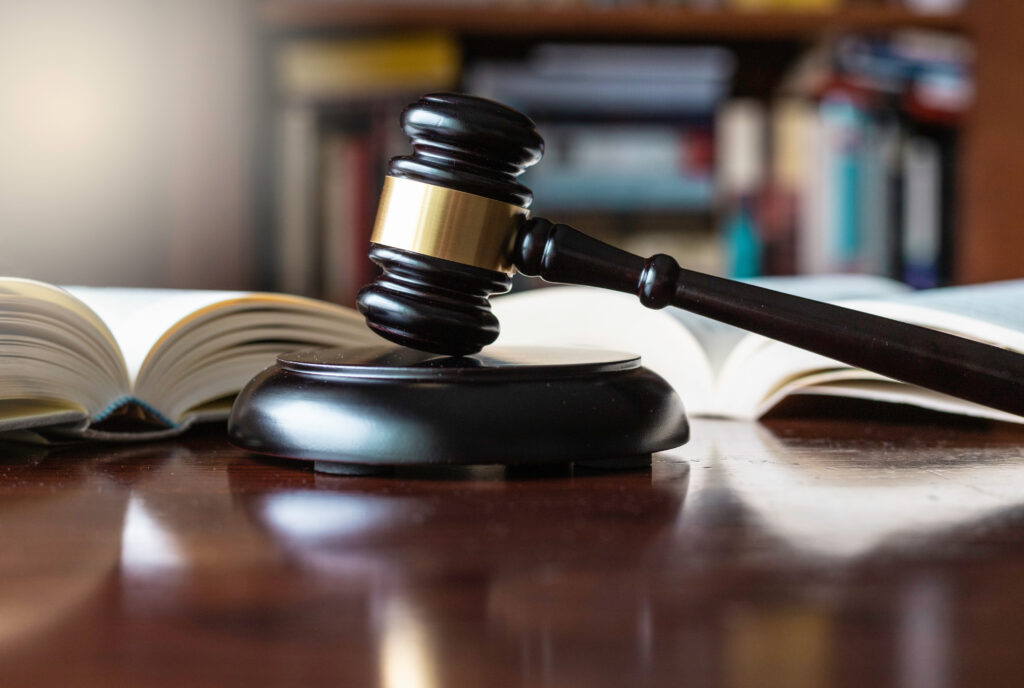 In November of 2021, Smartmatic, an obscure tech company that provided election technology in one county, Los Angeles, during the 2020 presidential election, sued Fox Corporation and three Fox anchors, Maria Bartiromo, Lou Dobbs and Jeanine Pirro, all ardent supporters of the former president, Donald Trump. The allegations described how Mr. Trump’s media backers sought to cast doubt on an election, that delivered a victory to Joseph R. Biden, Jr., a loss to Trump. The Plaintiff alleged that the defendants created a story about Smartmatic and that the Defendants conspired to defame and disparage Smartmatic and its election technology and software.

In addition, in a similar case was filed  last year, in federal court by a Venezuelan businessman, Majed Khalil, alleging statements made on Lou Dobbs’s Twitter account and by Sidney Powell on the Dobbs’s show, defamed Khalil by accusing him of executing an “electoral 9/11” and helping change ballot counts in voting machines.

The basic allegations in all of the cases are very similar.  Two were filed in State Court and the other in Federal Court. The Plaintiffs all argue that Fox News’ disinformation campaign had a direct and harmful impact on the Plaintiff’s ability to conduct business in the United States and around the world now and in the future, accusing the Defendants of making repeated false, inaccurate, and disparaging attacks, at times going so far as to suggest that the Defendants’ efforts to cast doubt on the integrity of the U.S. election system is undermining our democracy and denigrates the hardworking, dedicated election officials who ensure the integrity of elections.

Dobbs, the Fox Corporation and Fox News moved to dismiss the Federal case in January, 2022, arguing the statements were protected under the First Amendment and were not said with actual malice, the standard of proof required for defamation against a public figure.

U.S. District Court Judge Louis Lee Stanton denied the motion on Monday, saying Khalil is not a public figure and that his complaint showed enough evidence of false and defamatory statements to move forward to discovery in the case.

“Defendants repeatedly maintained their claims about Khalil long after Powell’s election fraud theories were challenged,” Stanton wrote in the ruling. “Numerous reports that declared the falsity of the claims against Dominion and Smartmatic and rejected Powell as an accurate source of information gave Defendants reasons to doubt Powell’s veracity and the accuracy of her reports.”

Certainly, the First Amendment provides certain protection for the media but there are limits. All Plaintiffs have alleged that the defendants exceeded the boundaries of protected speech by making hundreds of false statements directed at the Plaintiffs.

These cases have brought some scrutiny to legal issues based on actions that lawyers initiate within a case . There is an often-misunderstood difference between a motion to dismiss and a summary judgment motion; and why the U.S. District Court Judge Louis Lee Stanton decision denying the Defendant’s motion to dismiss that action and the other two State Court matters that also denied the Defendant’s motions to dismiss the Plaintiff’s actions is far from the end of these litigations.

A motion to dismiss is filed when the plaintiff believes that the defendant has either filed a complaint that has failed to state a claim; or the court does not have jurisdiction over the subject matter of the action; or the complaint is barred by some form of legal immunity. A motion to dismiss does not always bring an end the particular litigation.

All courts prefer to litigate cases on the merits instead of dismissing complaints which preclude the alleged aggrieved party from exercising their rights within the legal process just because of minor technicalities. In cases where the court determines that a cause of action is not properly pleaded, the court will likely allow the plaintiff to correct the deficiency and file an Amended Complaint.

Rarely is a motion to dismiss successful in dismissing a case unless the complaint has absolutely no viable cause of action against the particular defendant.

A motion for summary judgment, on the other hand, is filed when a party believes that there is no genuine issue of material fact and that the moving party is entitled to judgment as a matter of law. In other words, there are no questions of fact that exist to be submitted to a jury.

The flurry of defamation suits after the 2020 election is well documented. As stated earlier, any motions to dismiss will not in any way end the litigations. However, after discovery is over and depositions have been completed, the parties can move for summary judgment wherein the parties will have the opportunity to provide hard evidence, supporting their positions in the Summary Judgment motions.

The Defendants will argue that they were just doing their job in covering the biggest story of the day: unprecedented allegations by the president that the integrity of the electoral process was marred by fraud. The parties will argue that their representations in defending Trumps position that the election was stolen was simply their first amendment right to give their opinion

The Plaintiff’s will argue that at least 13 reports on Fox News in which guests or personalities falsely stated or implied that the company had somehow helped steal the election through easily tampered technology or in cahoots with Venezuela’s socialist government.

The Plaintiff’s will be able to provide evidence that the “disinformation campaign” continued even after then-Attorney General William Barr said the Department of Justice could find no evidence of widespread voter fraud.

Fox will provide evidence that Dobbs and others questioned Powell and Giuliani for evidence to back their claims, as well as Smartmatic’s own denial of the charges. Fox will argue that Dobbs’ statements appearing to validate the claims of his guests were constitutionally protected opinions, not statements of fact. Fox has already argued in the motion to dismiss that the First Amendment protects the press when it informs the public about judicial proceedings regardless of the accuracy of the underlying allegations.

Fox will present evidence that all three of their hosts, who were named Defendants, later went on air with an expert to debunk some of the claims that had been made on its networks against Smartmatic and another voting technology company, Dominion.

An interesting development after the litigations were initiated is Fox Business Network terminating Dobbs’ show. The network said the move was part of a planned programming shift and not related to the lawsuit but they did it one day after the litigation was filed.

There will be experts, from both sides, who will submit affidavits arguing either that the First Amendment justifiably fuels public discourse on important political issues on one hand, protecting the Defendants from the allegations; or the Defendants have clearly gone beyond the pale and cannot hide behind the first amendment. To what extent they are held liable for providing a forum for speakers and what responsibility they have for dealing with false factual statements will ultimately decide these matters.

So those that think the writing is on the wall as to the end result of these cases and individuals like Lou Dobbs will be found liable of defamation… follow MGSN. These cases are really just getting started and how the cases are resolved is very much up in the air.

Oklahoma man charged in killings of 4 men found in river

Oklahoma man charged in killings of 4 men found in river