Why Did SCOTUS Ignore The Constitutional Issue of “Right To Privacy” in Striking Down The Vaccine Mandate? 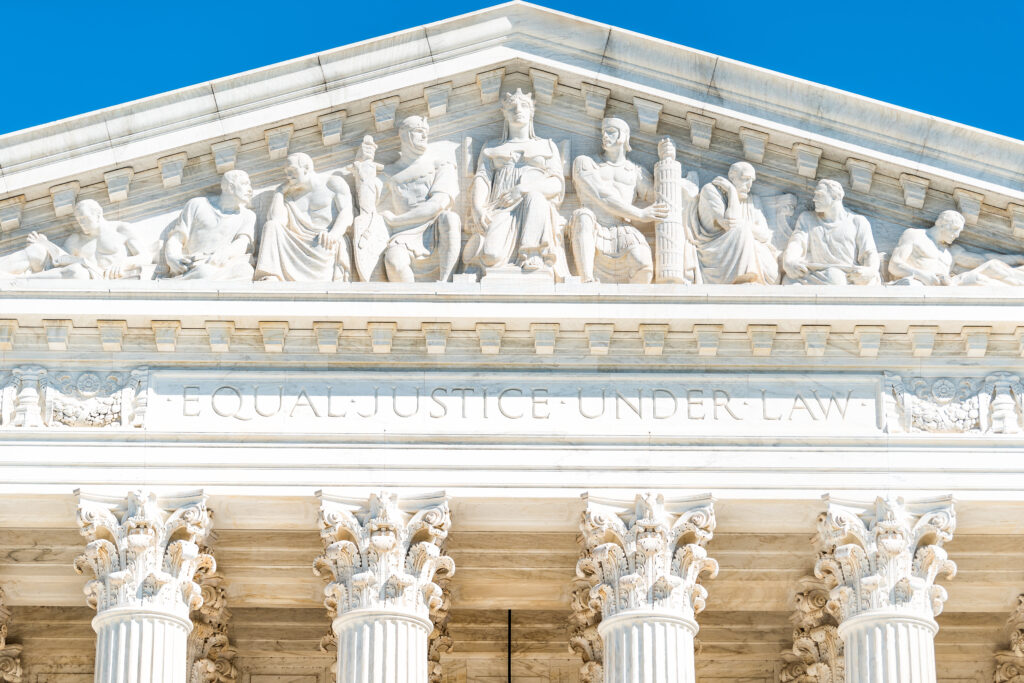 The Supreme Court on Thursday struck down the vaccine mandate for business, except as to healthcare workers nationally.

The mandate required businesses with 100 or more employees to either get vaccinated or tested weekly, until it was overturned by the SCOTUS.

The Supreme Court ruled that the Occupational Safety and Health Administration’s (OSHA) vaccine or test rule, acted outside of its scope of authority. The Court, by a vote of 6-3, ruled that “OSHA has never before imposed such a mandate. Nor has Congress. Indeed, although Congress has enacted significant legislation addressing the COVID-19 pandemic, it has declined to enact any measure similar to what OSHA has promulgated here.” The three liberal members dissented.

The conservative majority went on to rule that “The question before us is not how to respond to the pandemic, but who holds the power to do so. The answer is clear: Under the law as it stands today, that power rests with the states and Congress, not OSHA. In saying this much, we do not impugn the intentions behind the agency’s mandate. Instead, we only discharge our duty to enforce the law’s demands when it comes to the question who may govern the lives of 84 million Americans. Respecting those demands may be trying in times of stress. But if this court were to abide them only in more tranquil conditions, declarations of emergencies would never end and the liberties our Constitution’s separation of powers seeks to preserve would amount to little.”

The issue is self-evident, can the government mandate that an individual be forced to give up control over her or his body. The US Supreme Court has absolute authority to resolve Constitutional issues in controversy, Marbury v. Madison, 5 U.S. 137 (1803).

The glaring absence from the Decision can be reduced to “the why”. Why leave this issue open. Many Plaintiff’s, who are opposing mandates across the country, are looking to the Supreme Court to address this issue. Do the citizens of the United Sates have a Fourteenth Amendment of a Right to Privacy against government mandates?

Although the SCOTUS ruling impacts many large companies and relieves them of certain onerous requirements, the implementation of requirements in New York City are still being enforced.

The new Mayor, Eric Adams, has continued enforcement of the mandates implemented by his predecessor. Lawsuits have been filed against the city and state to overturn the mandates, but the requirements are still enforceable.

In October 2021, the NYC Health Department required all New York City’s employees to be vaccinated against COVID-19 to work. Those who were not vaccinated were placed on unpaid leave until receiving at least one dose of a vaccine. All businesses that employs more than one person, as well as the self-employed who interact with the public while conducting business, need to show proof of at least one COVID-19 vaccine dose. Employees who submit proof of their vaccination have 45 days to provide proof of their second shots. Businesses need to fill out a form affirming their compliance and post it in their place of business.

Certainly, the NYC Health Department has the authority to try and control the pandemic. The question is to what extent can they institute health policy decision wherein the mandates have such an impact. It seem that the Supreme Court’s 5-4 ruling, upholding the Biden administration’s requirement for millions of health care workers, supports the NYC Health Department’s decision to enforce mandates. There are pending class actions against the NYC vaccine mandates and we will continue to monitor those cases and update you.

However, the constitutional rights of the citizens of New York City have not been addressed. The Supreme Court, for some odd reason, ignored the most important reason Americans are resisting local government mandate.

The practical impact of the Supreme Court’s decision, on the nation’s health care system, is the possibility of some resistance and more staff shortages, particularly in the states that banned mandates or had none.

The Supreme Court’s ruling as to healthcare workers comes at a time when our country is still largely split over how best to protect Americans during a pandemic that has produced multiple surges. In upholding the Biden administration’s requirement that millions of health care workers get vaccinated, the ruling squeezes certain health care workers between the impact of current opposing state and federal policies.

Many hospitals across the country have struggled with nurses and other staff, who oppose mandates to the Covid vaccines. Many of them suspended vaccination mandates last month while they awaited the Supreme Court’s decision. Others are forced to deal with the anti-vaccine leaders in states like Texas, Florida and others who have imposed vague anti-vaccine regulations.

The problems colliding against each other are the result of the rising infection rates among staffs in hospitals and nursing homes juxtaposed against staff defections spurred by enforcing immunization. The defectors believe that the vaccine is experimental. The rising infections are causing death and serious injury amongst both the vaccinated and even some of the unvaccinated, justifying the supporters of vaccine mandates.

Despite the disagreements, most medical experts still support mandates which, according to them, is essential to helping prevent the spread of the virus.

The Supreme Court ruling covered 24 states who were the subject of federal injunctions that prohibited the Centers for Medicare & Medicaid Services from imposing a mandate. About 10 million workers at approximately 76,000 health care facilities, including hospitals and long-term care facilities, are affected by the requirement.

The Supreme Court has consistently upheld state vaccine mandates in different settings against constitutional challenges. The two cases decided on Thursday concerned a different question, that of whether Congress has authorized the executive branch to institute the requirements.

The majority opinion in the case on health care workers seemed to try to make sense of the two rulings. “The challenges posed by a global pandemic do not allow a federal agency to exercise power that Congress has not conferred upon it,” the opinion said. “At the same time, such unprecedented circumstances provide no grounds for limiting the exercise of authorities the agency has long been recognized to have.”

President Biden, as to the OSHA mandate being struck down, said he was “disappointed that the Supreme Court has chosen to block common-sense life-saving requirements for employees at large businesses that were grounded squarely in both science and the law.” He called on businesses to institute their own vaccination requirements, noting that a third of Fortune 100 companies already have done so. At the same time, NYC continues to enforce its mandate.

We will continue to report on this critical issue as it continues to evolve, specifically as it relates to the legal actions in State Court, attempting to strike down the NYC mandates currently being enforced.